A Bullish Outlook for Foreign Investment in US CRE 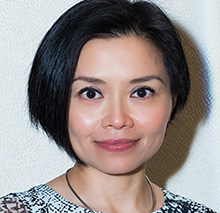 She's managed more than US$1.7 billion of cross border capital and completed more than 100 real estate transactions totaling over US$2.3 billion in the US, Germany, Sweden and China.

She's Tinchuck Ng, international chair of the Real Estate Board at Cottonwood Management and founder and managing principal of Athena International Capital. As she prepares to return to DLA Piper's Global Real Estate Summit, Ng is bullish about foreign investment in US commercial real estate and the sector overall.

Q: You're set to speak at the Summit about the outlook for foreign investment in the US real estate market. Our preliminary survey results indicate that CRE executives believe foreign investment will remain strong in the near term. Do you agree with that?

TN: It certainly reflects what we're experiencing when it comes to the near term. The first thing to remember is that the US real estate market is the largest and most liquid market in the world.

But a lot of it has to do with portfolio allocation of institutional investors. Historically, real estate was not really on the radar from an institutional perspective – real estate might have represented 0-5 percent of portfolio allocations. Now, you're seeing investors getting advice from consultants and advisors to go to 10 percent or even 20 percent.

Having an advisor tell you that is one thing – finding the right opportunity is another. But the trend of real estate being considered a legitimate asset class is here to stay.

Q: How do you think the current US political climate is viewed internationally – particularly as it relates to commercial real estate investing?

TN: It's a difficult question to answer in a general way. You could probably say that there is a pretty well-accepted opinion of President Trump in many parts of the globe, but it's not necessarily something that translates to a negative or positive effect on commercial real estate.

There might be small pockets out there closely watching developments relating to important issues like the EB-5 program, which allows foreign citizens who invest in qualifying real estate projects to earn green cards. But overall, the changes in Washington don't seem to be affecting investment into the United States.

Q: At the DLA Piper's 2016 Global Real Estate Summit, you said you didn't expect the possibility of lower returns to deter Chinese investors from deploying capital in the US, because they weren't solely chasing returns. Do you still feel that way?

TN: That statement still holds true. However, we shouldn't just look at investors geographically – we should look at the different types of capital coming from certain regions. In Asia, in addition to traditional private high net worth and institutional capital in the last few year, you have a lot of conglomerates dominated by families, and we are beginning to see a strong wave of interest in US commercial real estate from those conglomerates in the last couple of years.

That's evolving. I don't think we'll see a big drop in Asian / Chinese investment in the United States, but I think we could see different types of investors from the same geographical region. There's still a demand for US properties, but it could be from more private capital and conglomerates in addition to traditional institutional capital.

Q: Which US markets and product types (office, industrial, multi-family, retail, etc.) will be most attractive to foreign investors in the immediate future? And what do you think about demand for properties in non-gateway cities (Austin, Denver, etc.) versus gateway cities like New York and Washington?

TN: As far as the types of property, it really depends on which part of the country you're talking about. We're seeing a lot of German investment, particularly on the East Coast, in core, Class-A office properties. That part of the country generally has a lot of European money coming in, focusing more on stabilized core assets. For Asian investors, including institutional groups, the focus is more on gateway cities, but they're open minded when it comes to specific asset types depending on the type of capital.

Gateway cities are always somewhat attractive – but more cities are being counted under that label. It's also important to remember that investors from different countries bring different perspectives on categorization. This even applies to what would be considered a tertiary market. For instance, an Asian bank focused on gateway cities might consider bedroom communities around Manhattan a tertiary market while a US or European investor might consider tertiary markets to be cities farther removed from large urban areas.

Q: You've completed transactions all over the world. What are some of the hottest markets globally – and which markets do you think could have that kind of designation in a year or two?

TN: The US market is obviously a top destination. Certain markets with strong underlying demographics are interesting right now. Take Boston -- after being dominated by local players for many years, it has become more open minded with regard to foreign investments. Concurrently, foreign investments traditionally not represented in the market are starting to move in. Some large corporations such as GE, Reebok, and Amazon are all moving into Boston in a big way. Markets with strong demographics and skilled workforces are good places, not just now but in the longer term.

Overseas, London and other parts of the United Kingdom slowed down somewhat last year after the Brexit vote, but we're seeing that bounce back somewhat, which is encouraging. That said, it is yet to be seen if the interest will continue. You also see quite a bit of Asian capital in Germany, which is an interesting place and is seeing a sort second wave after strong investment there in the early 2000s. It should be more stable there this time, as a strong foundation was laid in the previous wave.

Q: Finally, what's your outlook on the US commercial real estate market in the next 12 months?

TN: We hold a very positive view. Of course, that can vary depending on the specific market. But in general, we think growth will continue.

That's partly because we don't see major negative factors when it comes to the overall economy. On the CRE side, the capital base in US markets is a lot more diversified than it was 10 or 15 years ago. That means there will be a strong demand – it's just a question of what the demand will be for.

At the same time some banks, for regulatory reasons, are struggling issuing construction loans which might impact the development market; thus, mid-term supply in certain markets. Still, the capital base is diversified and strong, particularly in most major markets and along the two coasts. For those reasons, we should see a strong CRE market for the next 12 months, if not longer.